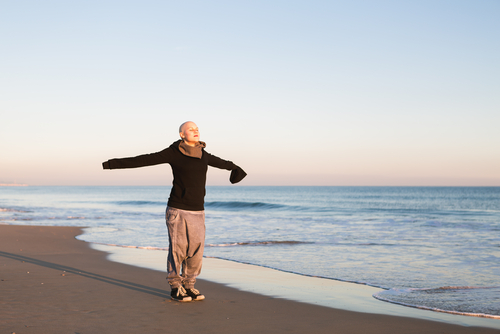 Cutting edge: other options for testing and supporting cancer elimination

Chances are that cancer has touched you or someone you love. About 125,000 new cancer patients were identified in 2013 according to Cancer Council Australia. For many of these patients, complementary and alternative medicines (CAM) will form part or all of their treatment. A 2008 survey of Australian breast cancer patients, for example, found 87.5% had used complementary therapies. Many of these had used four or more therapies.

Circulating tumour cells are cancer cells that have broken away from the primary tumour and are floating around in the blood stream. In testing, CTCs are isolated from the blood and cultured and measured. These cultured cells are tested for sensitivity to chemotherapy, special receptors and supplements. This information can be used to help plan and prioritise treatment plans.

Where is CTC measurement done?

CTC's are measured through a number of labs in Greece or Switzerland but, unfortunately, CTC measurement isn’t currently offered in Australia.

Cancer is treated conventionally with chemotherapy or radiotherapy with or without surgical removal of the cancer. CTC measurements can determine the sensitivity and specificity of conventional or natural medicine treatment for a specific cancer. This helps patients and health professionals plan cancer management.

Beyond the conventional - alternative therapies

Some nutrients and natural therapies have impressive results. Foods and spices have been shown to be beneficial to support immune response, prevent the development or progression of cancer-related cell changes.

Chemicals in cruciferous vegetables have been shown to have positive effects in breast cancer patients.

The immune system is supported by a balance of T-cell and cytokine function. Mushrooms, often used in combination of Reiishi, Shiitake, Zhuling, White, and Cordyceps collectively support healthy immune system. Shiitake has been shown to increase the effectiveness of precursor t cells and macrophages and restore supressed T helper cell function. Cordyceps, on the other hand, acts as a powerful lymphocytic regulator.

Chinese medicines such as Ginseng or Dang Gui can be used to decrease side effects of chemotherapy, such as poor appetite, emaciation, gastrointestinal weakness, muscle spasm, weak legs and knees, and ulcerations; as well as increasing the effectiveness of chemotherapy. It supports the body’s response against tumour growth, as it enhances immune surveillance and has anti-tumour effects.


This article was written by Vanita Dahia. For more information or to see Vanita, please contact the clinic on 1300 21 44 25

Book in for a Consultation at Empowered Health!